Ogoni and the Agony of a Delayed Clean Up 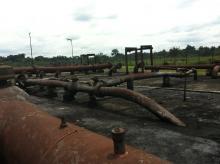 When the UNEP report on the assessment of the Ogoni environment was released in August 2011 the world was astounded at the level of devastation visited on the territory by decades of oil extraction and pollution.

Ogoniland in Nigeria shot into international glare in the early 1990s when the people peacefully demanded an end to reckless despoliation of their land and waters. When the UNEP report was released there was a general sense of relief that at last a definitive scientific study has been carried out in at least a part of the Niger Delta and that remediation steps would be taken to rescue the people from the impacts of the pollution.

Shell Petroleum Development Company (SPDC or Shell), the major polluter in the territory, paid for the study in a rather poetic turn of events, on the polluter-pays basis. If that was not an admission of culpability in the ecocide in Ogoniland, you may have to invent another word for the crime.

Nothing was done until twelve full months rolled by. In other words, since the report was issued till that date, a full year was added to the estimated time needed to restore the Ogoni environment. But what was done after one year?

It took one year after it had been ascertained that there was no safe drinking water in Ogoniland and that the land itself was polluted to depths of up to five metres in places, for any whisper to be heard from the corridors of power.

The UNEP report set out simple emergency actions to be taken to ensure an acceptable clean up of Ogoniland. One of the key recommendations was that government should set up an “Ogoniland Environmental Restoration Authority.” This authority was to have a starting fund of US$1 billion. Rather than set up this body that would set about the restoration of Ogoni land, what government did was to set up what it calls the Hydrocarbon Pollution Restoration Project (HYPREP). This project has succeeded in planting some pollution warning signposts in Ogoniland and billboards on oil thefts in Port Harcourt.

A cursory comparison of the recommended body and the entity that government created shows that something is critically wrong. Why set up a body that would restore rather than clean up pollution? Ogoniland is badly polluted as it is, to set up a body to compound the pollution is alarming, not amusing. Ken Saro-Wiwa, a stickler for correct concepts and sentences, would have written copiously on this twisted contraption if the jackboots had not wickedly truncated his life in 1995.

UNEP officials led by Erik Solheim, former Norwegian Minister of Environment and International Development and UNEP Special Envoy for Disasters and Conflicts, visited Nigeria early February 2013 to meet with government officials and some partners in Abuja and Port Harcourt. The purpose of the visit was to get a sense of what was being done with the UNEP Environmental Assessment of Ogoniland and to know what the next steps would be.

It is not clear what the team came away with, but we at least know that UNEP is committed to seeing the report implemented and Ogoniland cleaned.

In a statement issued by UNEP at the start of the visit, Solheim who led the team said “With regard to Ogoniland, the UN system is committed to supporting the government throughout the entire process of implementing the recommendations of the report. On behalf of UNEP, I look forward to coordinated and collaborative action with our Nigerian and international partners in addressing pollution in Ogoniland.”

The Ogoni people are one of the most mobilised peoples anywhere in the world. The umbrella Movement for the Survival of Ogoni (MOSOP) enjoys a high level of support across the Ogoni kingdoms, has provided consistent leadership over the years and is well respected by the people. That is, despite some difficult moments, as would be expected of any serious movement.

The degree of cohesion of the Ogoni people provides an excellent template for government to set about the clean up of the territory in a transparent and easy manner. If there are to be difficulties it should be of the technical kind, not the socio-political varieties.

It is not too late for the government to scrap HYPREP and set up the recommended “Ogoniland Environmental Restoration Authority.” We will call this the Authority for short. 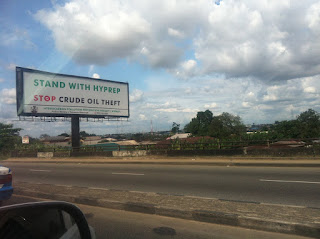 HYPREP was a hasty creation to tell the world that at least one step had been taken, one year after the release of the UNEP report.

Government should not be shy to do the right thing. Steps taken in the wrong direction may be many, but keeping in that direction may not eventually lead to the right destination. It is equally wasteful to insist on building on a faulty foundation.

Scrap HYPREP, set up the Authority. This Authority would then set about consulting the people, call mass meetings of the Ogoni people, circulate the popular (pidgin English) version of the summary of the UNEP report which can be downloaded from the UNEP website, present the strategy for the clean up to the people and transparently set out the budget outlay for the exercise. The Authority would have the Ogoni people endorse its broad plan and strategies for implementation and monitoring as well. The Authority should be domiciled in either the Ministry of Environment or in the Presidency. It should by no means be located in the Ministry of Petroleum Resources – a key polluter, through the Nigerian National Petroleum Corporation, in Ogoniland.

The extent of pollution and the need to ensure that the clean up is not an occasion for jobbers must be stressed. As UNEP acknowledges, the clean-up required will be complex and there may not be a single method of getting this done. Any delay means further reducing the quality of life and the life expectancy of the people that has already dropped to just over 40 years mainly due to the hydrocarbon pollution. Bloodshed and great sacrifices have been borne by the Ogoni people. The clean up of the territory is not an occasion for gambling.

The selection of consultants, contractors and the handling of the budget require very strict oversight. While we agree that it is possible to have officials in the Authority to handle the procurement and budgetary matters, it is believed that while the in-house crew play roles in those tasks, an agency such as UNEP should play major oversight roles. If this recommendation were accepted UNEP would not handle any of the clean up jobs, but would play a monitoring role.

We are yet to see the Senate and the House of Representatives taking up the clean up of Ogoniland as a critical issue of concern. They need to. It is their duty to ensure that a proper Authority is set up and that there is adequate budgetary outlay for the tasks with both government and Shell putting the money on the table and having an umpire like the UNEP empowered to warehouse the funds.

Getting things on the right track is extremely urgent. As UNEP stated, “Continued delay in the implementation of the recommendations will not only undermine the livelihoods of the Ogoni communities, but will also cause the pollution footprint to expand. In the long run, the findings of the study itself will become dated, and therefore further assessments will be needed, causing additional delays.” UNEP hoped to “convey this sense of urgency to the stakeholders during” the mission. It would be another scandal if this sense of urgency gets ignored.