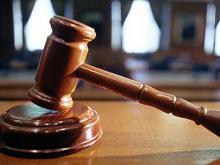 Seventeen non-governmental organizations have dragged the Federal Government before an Abuja Federal High Court, over permits issued by the National Biosafety Management Agency (NBMA) for GMO Cotton and GMO Maize in Nigeria.

The groups led by the Health of Mother Earth Foundation (HOMEF) are asking the court to declare as null and void the permits granted Monsanto Agricultural Nigeria Limited for the commercial release of BT Cotton (MON 15985).

They are also asking for the revocation of the permit granted the National Biotechnology Development Agency (NABDA) for the confined field trial of NK603 and MON89034X NK 603 Maize in Nigeria.

According to the groups, the permits given to Monsanto were issued on May 1st, 2016, a Public Holiday being Sunday and Workers Day were “illegal, null and void.” They also contended that the permit issued to NBDA violates the fundamental human rights of the general public.

They are therefore asking the court for a perpetual injunction to restrain both Monsanto and NBDA from carrying out any activity or further activity pursuant to those permits.

Listed as defendants in the suit (FHC/ABJ/CS/846/201) are: NBMA, the Minister of Environment, MOSANTO, NABDA, Minister of Agriculture, the Attorney General of the Federation and the National Agency for Foods Drugs and Administration (NAFDAC)

The groups averred that the issuance of the permits to both Monsanto and NABDA constitute threat to the fundamental human rights of the general public and a breach of the 1999 constitution as amended in 2011.

In the Originating Summons deposed to by HOMEF Executive Director, Nnimmo Bassey the groups are asking the court to determine:

“Whether with regard to section 15 of the interpretation Act 2004, the grant of the approval by the agency on a Sunday is a valid Act.

“Having regards to sections 2 and 3(B) of Biosafety Act, 2015 as well as Article 1 of Cartagena protocol, principle 15 of the RIO declaration on environment and development codifying the customary international law on precautionary principle, whether the grant of the permits has satisfied the letters and spirit of the biosafety Act 2015

“Whether given the nature of the subject matter and the provisions of the enabling laws, the agency has exercised its discretion to grant the approval legally and fairly.

“Whether the membership of the 2nd and 4th defendants on the board of the 1st defendants does not violate the provisions of section 32 of biosafety Act and the rules of natural justice, so as to render the process of the grant of the said permits invalid.

“Whether the decision taken by the 1st defendant is consistent with section 28 (A), (C) of the national biosafety management Act 2015”

Based on the foregoing, the groups ask the court for:

“A declaration that the issuance of the said permits on the 1st of May 2016 which happens to be a public holiday being Sunday and Worker’s day is illegal, null and void.

“A declaration that the procedure and issuance of the permits to the 3rd for the purpose of commercial release of BT cotton (MON 15985) and to the 3rd and 4th defendants for confined field trial with (1) NK603 and (2) MON89034 X NK603 maize in Nigeria constitutes a breach of and a threat to the fundamental human rights of the general public as enshrined in section 33, 34 36 and 39 of the 1999 constitution of Nigerian as amended 2011

“An order of perpetual injunction restraining the 3rd defendant and 4th defendant by themselves, their agents, servants, workmen or otherwise whatsoever from carrying out any activity or further activities pursuant to the permits granted by the 1st defendant

“An order revoking the permits granted by the 1st defendant to the 3rd and 4thdefendant/respondents.”