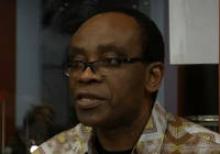 Eti uwem is a concept in Ibibio, one of the several languages in Nigeria, which literally means good life or good living. Within it is the idea of living in harmony with nature and all peoples. It incorporates dignity, respect, rectitude, integrity, solidarity and contentment. Within this concept are the key principles of social justice, power relations and citizens’ and communal ownership and control of local resources. It objects to speculation, exploitation, expropriation and destructive activities and, very importantly, no monetary price can be placed on life and nature. A close concept is sumak Kawsay of the Kichwa people of Latin America, which is sometimes also captured as similar to buen vivir.

While we are not certain that this concept can be fully equated to “green democracy,” we will use the term in an advised manner.

This paper proposes that what the world needs is living well in a citizens-driven participatory manner as opposed to working in the platform of so-called green economy, which in its application is a euphemism for green capitalism. We insist that communities and civil society groups have key roles to play in shaping the necessary transition from ecologically disruptive living to one where energy and other production and consumption modes are respectful of nature. The premise for the positions outlined is that massive environmental degradation has been advanced through the subversion of the democratic space, exclusion of citizens and the appropriation of these spaces for decisions and actions favourable mostly to corporate interests.

Market fundamentalism has been enthroned at the highest policy making levels as the unbending creed for progress and environmental protection. This has elevated the widely disputed platform of the green economy, sometimes interpreted by environmental justice advocates as the greed economy. Market environmentalism insists that the basis for nature can only be preserved when it is assigned monetary value. This position is sold as green economy and fits well into neoliberal constructs – presenting speculators with opportunities to reap profits from ecological destruction originating from, but not limited to, extractivism, land grabs, genetic manipulations and a number of techno-fixes that ensure the reign of monopolies.

It is as if the markets were invented by capitalism and the concept of the possibility of markets operating on the basis of solidarity is completely frowned upon and thus the creed demands competition, speculation, subjugation and exploitation. The obvious failures of markets (such as the carbon and financial markets) driven on these principles and the players behind or in front of the scenes are ignored while the stakes keep getting higher by the day.

Corporate schizophrenia and political myopia of public office holders provide the potent mix needed to solidify a greed economy where progress is measured by factors that are more fictional than real. In the book The Rights of Nature2, Maude Barlow writes in the chapter on “Nature: A Living Ecosystem From Which All Life Springs,” that, “many in power now use the term [green economy] to essentially protect the current economic system that promotes more growth, production and global trade.”

The implication is that the environment must be beaten to submission at the altar of markets. Except in fringe cases, the green economy as currently formulated can only operate outside the confines of participatory democracy. It is rigged in favour of corporate interests and lopsided power relations and this explains why a United Nations track that was originally conceived to ensure sustainable ecological balance is now fusing with another track whose work is inexorably leading to catastrophic climate change. We are here referring to the Earth Summits and the Climate Change negotiations.

A look at the multiple crises confronting us today shows a sick pattern of denial of the climate issues confronting us and that has ultimately resulted in the creation of a sort of mafia-like breed of power brokers who gang up to block any progress with regards to solving the climate crisis. From the financial crisis to the food crisis, climate, water and others – the rule appears to be that whatever meets the short term needs of those who cause the problem must take precedence over the needs of the planet.

This pattern has held thus far because there has been an enforced rupture between citizens and governments through the closure of spaces and linkages between the people through political participation spaces. A clear way to tip the scale is to recover the sovereignty of the people and to ensure that environmental defence is built on popular political participation. Without this, it is difficult to see how the interests of ecological destroyers will coincide with the interests of citizens who live and depend on the environment desired by external interests. Environmental pollution assures higher profits for corporations because they can operate in irresponsible ways and simply externalise the costs of their negative actions. In addition, polluters are cheered on by the tokenistic polluter-pays principles; payments that seek to foolishly put a discounted price on nature rather than to dissuade them from engaging in irresponsible behaviour.

Ecological living with respect to all beings or Green democracy would demand that polluters stop polluting and not simply pay for polluting because the environment does not only provide the support for human life but does so for every other living thing. If we extend the concept of ‘living thing’ to include things that change over time and can be adversely affected and even annihilated by external actions, it becomes hard to classify anything as non-living thereby raising the stakes.

The green economy idea that environmental services can be monetised and paid for, makes the planet one huge market and those that can pay for these services become the ‘true’ owners of nature, even as the majority of citizens are relegated to the role of mere customers. Water purification, pollinators and of course carbon absorption capacities of soils all become items of merchandise in very brazen displays of commodification of nature. Everything becomes a candidate for exploitation and humanity is made to believe that whatever they need can be manufactured and whatever is broken can be fixed.

This false notion can be credited for the rise and rise of the allure of techno-fixes or what can be termed technological fundamentalism. Under this train, extreme extraction and the new kid on the block called fracking, are gaining serious momentum in the USA; tar sand exploitation in Canada as well as the tentative steps being taken to break up polar glaciers in order to drill for oil in the Arctic region. The historic pollution of the Niger Delta and the Ecuadorian Amazon by oil companies are already record-breaking obnoxious realities.

Right relationship of resources and citizens would include the right to refuse access to their territories, as is the case with some indigenous peoples in the Amazon; and the right to refuse dangerous extractive activities in their territories, as in the case of Ogoniland in Nigeria. Undemocratic and sometimes certified exploitation often transfer ownership and control of resources from citizens and communities to private hands led by corporations. Production of resources and the labour exerted in such exercises often also exclude the local communities and people, reducing their input to that of mere bystanders in the entire process of ownership, decisions, production and use of outputs.

An economy driven by greed ultimately destroys the social fabric of peoples; replacing wholesome food with unwholesome varieties, eroding genetic resources, promoting bio-piracy and replacing healthy resources with toxic ones. It is this economy that permits poisoning of whole communities through dumping of wastes, as a viable economic objective. It is violence personified.

It is time for citizens of the world to urgently reclaim their sovereignty and not helplessly watch while political-corporate powers ride roughshod over everyone and everything. We cannot afford to carry on with a system where we find plastic delights in plastic dreams: “In the paradise promised to all and reserved for a few, things are more and more important and people less and less so. The end has been kidnapped by the means: things buy you, cars drive you, computers program you, and Television watches you.”3

It is time to drastically realign production and consumption through clear policies promoting socio-economic justice as well as climate justice. It is time to reclaim our food systems through food sovereignty. It is time to halt the externalisation of environmental costs through reckless exploitation, displacement of peoples, and dumping of toxic wastes. We need a new mindset, a new logic based on an understanding that the planet is not about humankind only.

The actions to bring about the needed change must be hinged on an energy system that is not hooked on finite fossil resources. The fossil path has since fossilised and dangerous scrapping of the fossil barrels will only hasten cataclysmic environmental changes while temporarily pacifying the insatiable greed of the exploiters. This energy system has driven prodigious consumption, wastes, resource grabs and wars. The brunt has been borne by the oppressed of this world that are being pushed to wall and are increasingly finding less and less space into which to retreat. This is a potentially explosive situation that only a recovery of power by the exploited and injured peoples of this world will defuse. The force is already building through social and ecological spaces. Support should be channelled there. The clarion call is for a halt to the rape of Mother Earth.