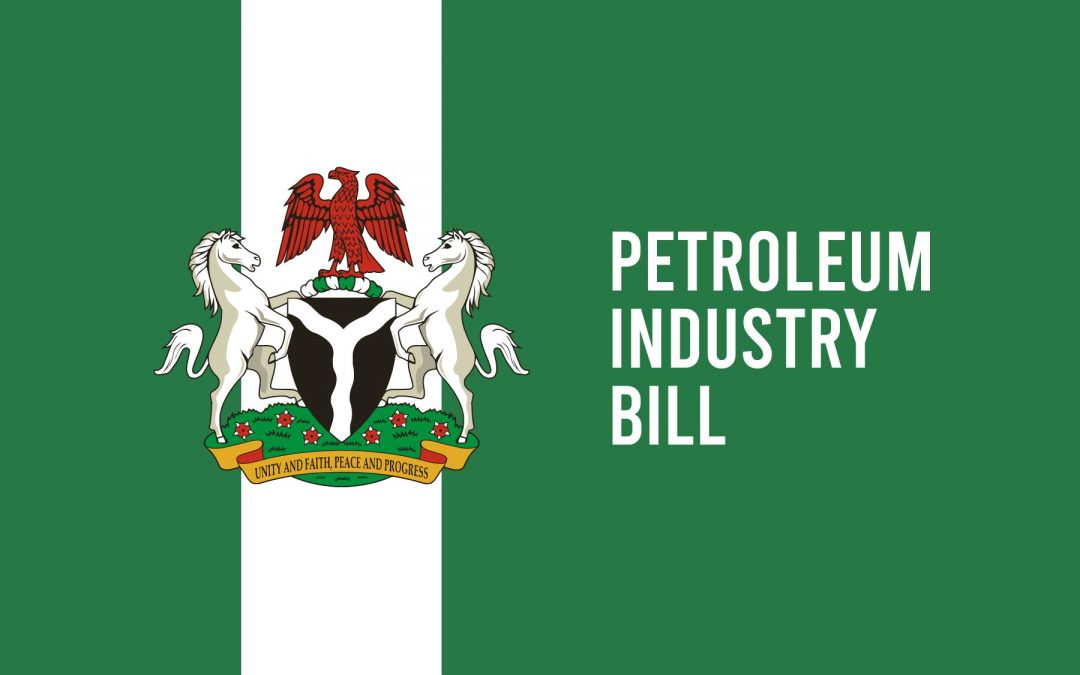 Since the first draft of the new petroleum industry law was produced by Nigeria’s National Assembly almost 2 decades ago, civil society organizations have been in the forefront of demanding that the provisions of the Act adequately provides for the concerns of all stakeholders including communities from where crude oil is extracted. Civil society engagements have included several positions papers, engagements with communities, engagements with the NASS, stakeholder collaborative analysis sessions, etc. The last series of engagements saw arguments against specific provisions of the draft and the articulation of alternative provisions that better protects the interests of communities and addresses their concerns. Unfortunately, the current version of the Petroleum Industry Act approved by the Presidency is more of an oil industry package and fails to address community, economic and environmental concerns. We have convened this briefing and dialogue to review the state of our environment including the contentious PIA, and again, express the concerns of communities that could result in conflict.

On the Host Communities Trust

The PIA makes elaborate provisions for the establishment and management of a petroleum host community development trust as a framework for the transfer of development benefits to petroleum host communities. However, the Act specifically makes the incorporation of this trust the exclusive responsibility of the oil companies operating in the area, and gives oil companies overriding powers to decide who become members of the trust and other governance structures. Without doubt, the provisions for the establishment and governance of the Host Communities Trust downgrades the participation of communities, while clearly promoting the role of oil companies. The PIA gives the companies power to nominate all members of the Board of Trustees with only an obligation to ‘consult’ host communities.

Bedside the shocking 3% of oil company operating costs earmarked for host communities development, we consider this provision in the Act a clear indication that the PIA intends to continue the historical treatment of host communities as oil colonies and sacrifice zones under the control of profiteering companies. It also indicates that the government still holds the erroneous and unfortunate view that communities where crude oil is extracted from do not have the capacity to direct their own affairs. This is not only untrue; it is also insulting. We had recommended in our various submissions to NASS that the Host Communities Trust be incorporated and governed by members of each host community, and that contrary to what is currently provided for in the PIA, oil companies should not be the ones to determine a host community. In the past, we have seen how this has consistently resulted in conflicts.

On Community Responsibility for Protection of Oil Facilities

A key source of contention raised by civil society organizations and host communities, which has unfortunately been retained in the PIA is the placing of responsibility for the protection of pipeline and other oil infrastructures on host communities. According to the Act, “where in any year, an act of vandalism, sabotage or other civil unrest occurs that causes damage to petroleum and designated facilities or disrupts production activities within the host community, the community shall forfeit its entitlement to the extent of the costs of repairs of the damage that resulted from the activity with respect to the provisions of this Act within that financial year. Provided the interruption is not caused by technical or natural cause”.

As is widely known, oil theft is the major reason for puncturing oil pipelines. This illicit activity is carried out mainly by armed cartels(and not poor community people), suspected to be working in close collaboration with oil company officials and the military stationed in those communities to protect oil installations. Placing the responsibility of protecting oil installations from armed gangs on unarmed communities is simply an unrealistic expectation. Again, this provision stems directly from the erroneous view which has been peddled by oil companies that communities are responsible for sabotage on pipelines and oil theft. However, these are views that have been debunked by the NNPC and even the United Nations Environment Programme. Criminalizing oil producing communities in this regard is unfortunate and a smokescreen to shield oil companies from responsibility for the ongoing ecocide in the region. This provision will most likely result in consistent denial of benefits which would in turn engender regular conflicts.

While the PIA makes the flaring of gas illegal, it nonetheless creates a series of exemptions which ensures that the same gas flare regime continues literarily unchecked. The Act identifies instances where gas flaring may be permitted. These include (a) in the case of an emergency; (b) pursuant to an exemption granted by the Commission; or (c) as an acceptable safety practice under established regulations. It goes further to clarify that the Authority or Commission may grant a permit to a Licensee or Lessee to allow the flaring or venting of natural gas for a specific period –

(a) where it is required for facility start-up; or

(b) for strategic operational reasons, including testing.

The section however does not provide an explanation of what ‘strategic operational reasons’ are beyond testing. It also does not state the timeframe allowed for flaring in the case of facility start up or for strategic operational reasons. These provisions could be easily abused and turned into a license for unchecked and perpetual environmental and health damage to communities (as has been done previously). Additionally, the Act states that ‘moneys received from gas flaring penalties by the Commission pursuant to this subsection shall be transferred to the Midstream Gas Infrastructure fund for investment in Midstream Gas Infrastructure within the Host Communities of the Settlor on which the penalties are levied’. It proposes the utilization of gas flare fines in more income yielding investments without any special consideration for the communities who suffer the impact of gas flaring let alone remediating such impacts. Evidently, the Act considers gas flaring a waste of economic resources which should be paid for, and not an abuse which is impacting the climate, the health and livelihoods of communities.

It is important to recall that Gas flaring has been illegal in Nigeria since 1984. In 2005, a Federal High Court seating in Benin City, Nigeria reaffirmed the illegality of the practice and held that gas flaring amounted to a violation of the constitutional right to life and dignity of the human person. Since the 1970s, the Nigerian government has put in places several deadlines to end gas flaring. The last flare out date was 2020 which was again shifted to 2025 and now in favor of a 2030 deadline. As routine practice, deadlines to end gas flaring are shifted as the targets approach. The PIA does not place any definite flare-out date, presenting the impression that the practice will continue indefinitely to the detriment of host communities who continue to suffer the dangerous consequences. The Act does not appear to consider Nigeria’s climate change pledges as contained in the nation’s Nationally Determined Contributions (NDCs).

In our memo to the National Assembly, we had recommended the introduction of a clause which affirms the outlawing of gas flaring and requires that offenders pay the full economic cost of the flared gas based on the prevalent international market price of gas, as well as the related health and environmental costs. We had also suggested that gas flare fines be invested in the host communities funds and an Environmental Remediation Fund. Additionally that the discretionary powers given to the Commission to determine how much is paid as penalty for gas flaring be removed, and that the regulations should clearly peg the fines for violation as stated above.

In line with current global realities including the established relationship between gas flaring and climate change, we had recommended that the PIB places a definite date to end gas flaring, and provide a framework to review each company milestone towards achieving the flare out target; as well as establish definite ‘non fines’ sanctions for violations of milestones. Unfortunately, all these suggestions were jettisoned.

One of the key issues in the PIA is the framework for the utilization of 30% of NNPC profits for oil exploration in so-called frontier basins. While the Act expects the NNPC to become a profit-making enterprise, it already dedicates a hefty chunk of its expected profit into the search for additional crude oil. It is interesting to note that Nigeria has for decades invested heavily and futilely in the search for crude oil in the same basins. Indeed, it is reported that as much as $3bilion may have been spent in this effort. The fact that public resources have to be spent in this effort is indicative of the fact that oil companies around the world do not consider this a worthwhile investment. Rather than spend so much of the expected profits of NNPC on exploring for oil in unlikely places, we had proposed that the government considers investing the same percentage of NNPC profits in generating clean and affordable energy for Nigerians, or even supporting an environmental remediation fund aimed at remediating years of pollution, livelihood loses and health impacts of oil extraction. Again, this suggestion was not heeded.

Sadly, it is noteworthy that the entire PIA expresses no intention for moving Nigerian away from dependence on fossils. At a time when the world is moving away from crude oil, the PIA plans to make more investments in that regard. This indicates that the government is not keeping in tandem with global trends and unperturbed by concerns of global warming and climate change. Ironically, Nigeria is emerging as one of the most impacted countries globally by the effects of climate change. The shrunken Lake Chad, increased desertification and the regular floods around the Atlantic coast are ready evidences. That the PIA pays no heed to issues of climate change, despite Nigeria’s NDCs, and aims to plunge the country further into fossil extraction is a major source of concern.

While the PIB presented a rare opportunity to reform the management of the oil and gas sector in Nigeria, that opportunity has fizzled out with the content of the PIA. Rather than seize the opportunity to transform the footprints of oil extraction in host communities, to invest in clean energy, wean the country from fossil dependence and combat years of pollution and neglect, the Act chooses to reinforce these historical neglects while reinforcing the same destructive policies.

As responsible civil society organizations, we shall not be steered by the anti-climax of the PIA. We shall continue to advocate for the protection of the environment as well as the respect of the rights of indigenous people of oil extracting communities. The option of approaching the courts to question the virtue of the PIA is open to us. It is an option we hope to be exploring soon with communities whose lives, livelihoods and communities have been devastated by six decades of crude oil extraction.

This position and statement is endorsed by the following organizations: